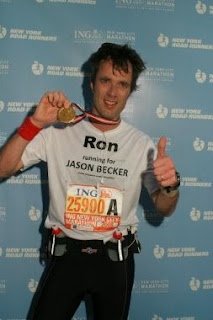 All of my friends in cyberspace: many people have supported my Charity for Jason by all means. Some stopped by the MySpace page every now and then, some promoted the Charity on their sites, some did a donation, some helped out by advising me etc. etc. This has all meant a lot to me. A big THANK YOU for the following people: Greg Phillips, PaScAlee, Rod DeGeorge, John Denner, Fredrik Prantare, Erick Ferini, Sebastian Salinas, Licia, Michelle and Lois, Dennis from ProTone Pedals, Stuart from Paradise Guitars, Laurie Monk, Andrew McNeice of MelodicRock.com, Rory Sullivan of Alloutguitar.com, Oscar van Eijk of Aardschok.com, Jason Houston, Bas Verbeek of Brabants Dagblad, Jonathan Artz, Markus, Jeremy K., Linn, Roemir & Di and to all the people that made a donation for jason ! Thanks to you all, it has been a great couple of months and I hope we can stay in touch somehow ! Take Care, Ron
Gepost door Ron Coolen op 15:27